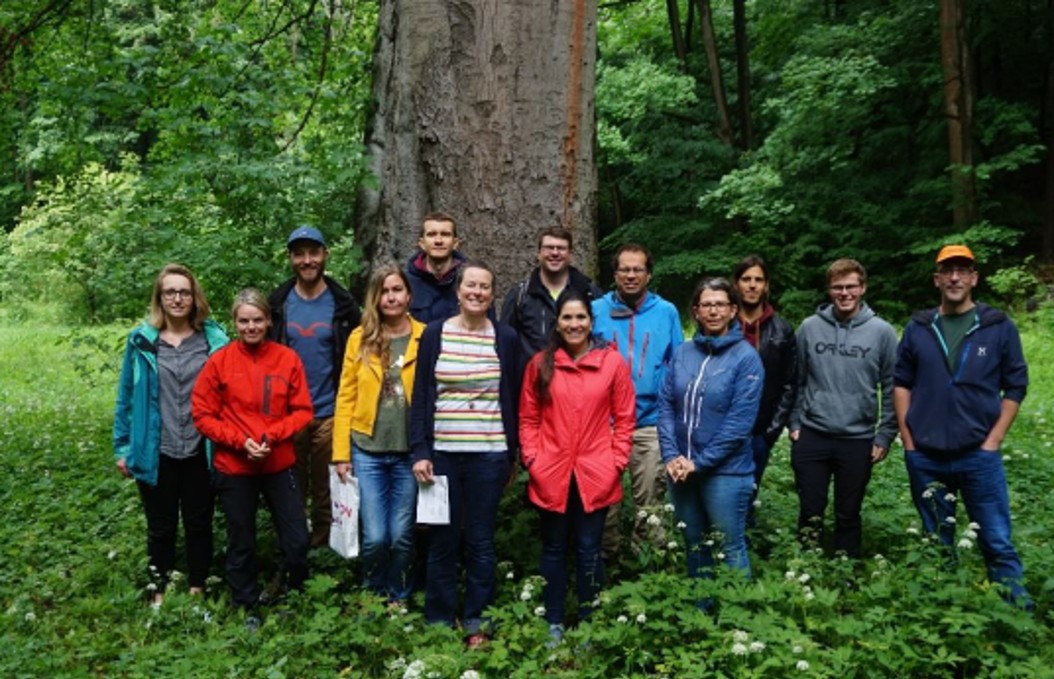 The success of future silvicultural management and forest operations depends on an exchange of experiences and activation of knowledge between the different regions, and that is why in ONEforest we work in four regions - following Europe’s biogeographical regions, which are Mediterranean forests, Alpine forests, Continental forests and Boreal/ Hemi-boreal forests. Through them, the project studies forest ecosystem services and their corresponding value to stakeholders. Let's find out the current status of these Case Study Regions (CSRs) after the first year of the project.

Partners have identified four silvicultural management concepts for the CSR stands, which promote the transformation to more diverse forests. These are: low intensity (focus on biodiversity), focus on protection function, climate-adapted forestry (planting of climate-adapted tree species, focus on multifunctionality) and intensified management (focus on wood, e.g. for energy use).

In the silviculture and management of Boreal Forest activities, CSR Estonia has been described. Different management concepts for monocultural and mixed forest stands were compared according to growth, yield and disturbance risk for the main tree species in Estonia (Scots pine, Norway spruce, silver birch, alder and aspen).

Partners worked on the Evaluation of changing climatic conditions on Boreal Forest stands. For this, they conducted FAHM field experiments and carried out data collection, and analysed data from previous growing periods (2021). The work was conducted by an operator (an engineer) of the FAHM facility and two researchers (associate professors from UTA). In May 2022 (M12), additional test trees (Scots pine) were planted at the FAHM site. A research publication about FAHM evaluated humidity treatment impact on the physiology of silver birch and its seasonal dynamics was published (Kupper et al. 2022).

In the Alpine forests, the borders of the Kanton Grison state the area of the CSR. Additionally, two case study sites (CSS) that represent a cross-alpine gradient were prepared in Switzerland and in Slovenia. These sites comprise a conifer-dominated protection forest region in North Eastern Switzerland as well as a broadleaved-dominated protection forest region in Slovenia (North Western Slovenia in the area of Tržič). The partners have collected general forest inventory data from the specified study sites to carry out the assessment of the National Forest Inventory data of Alpine forests.

As a first base for setting up the simulations, spatial information on stand composition as well as site conditions were analyzed for the CSR and both alpine CSS and used for grouping the detailed stand information into representative stand types based on (a) predominant tree species, (b) forest developmental stage and (c) aspect. The study approach on CSS level was discussed and will be further developed in bilateral meetings. Furthermore, wood samples for the partners of Slovenia were organized, focussing on high-elevation and lower-elevation spruce forest stands. Currently, WSL aims to organise additional wood samples from Austria.

Finally, access to the forest model ForClim was organized by establishing contact to the group of forest ecology at ETH Zurich. ForClim is a climate-sensitive forest gap model, which simulates the establishment, growth and mortality of tree cohorts (groups of trees of the same species and age) at the resolution of small patches (so-called ‘gaps’). The model was developed for climate-change applications within the Central European Alps and has been tested and evaluated throughout Europe and beyond in various studies. The latest release version of ForClim (V4.0.1) was made available to the Swiss and the Slovenian research groups. The compiled version of the model was set up and tested.

In the Mediterranean forests, the CSR is located mostly in the Pre-/Pyrenees of Catalonia (North-Eastern Spain), covering the pure stands of Pinus sylvestris (Scots pine) and Pinus nigra (black pine) of the region. Partners have collected general forest inventory data from the specified study sites.

In order to simulate forest growth development of Mediterranean forests, partners have selected a simulation based on climate-sensitive empirical tree level models for diameter increment, height increment, total height, survival and ingrowth for 27 species and species groups. The models have been incorporated into a scenario simulator, that predicts forest evolution, ecosystem service yield, and forest products based on demand-driven scenarios (volume of cuttings and assortment requirements).

Besides, partners have already started the adjustments on the simulator and running some tests for the four tentative management concepts and particular indicators, differentiating, in turn, among several wood products (if necessary).

They are also working to review methodologies for the assessment of economic values of Forest Ecosystem Services (FES) losses caused by natural disasters in Mediterranean forests, and the forest management approaches for increasing Mediterranean forest resilience to fires and droughts. They are checking for best practices all around south Europe and collecting them in a document that could serve as indications about options useful to adapt forest management in the frame of climate change.

The growth development simulation of Continental forests is taking place. The four identified management concepts were translated into simulation settings for the forest growth and yield simulation software (TreeGrOSS) to simulate the forest development of the CSR under the management concepts distinctively. Partners implemented the PostgreSQL database in the storage system of University Goettingen so that the database can be accessed worldwide by every partner who may request data of the simulation. The simulation software was installed on the High-Performance Cluster framework of the University Goettingen. First simulations were conducted.

Additionally, the concept to calculate the economic loss due to disturbances was developed.